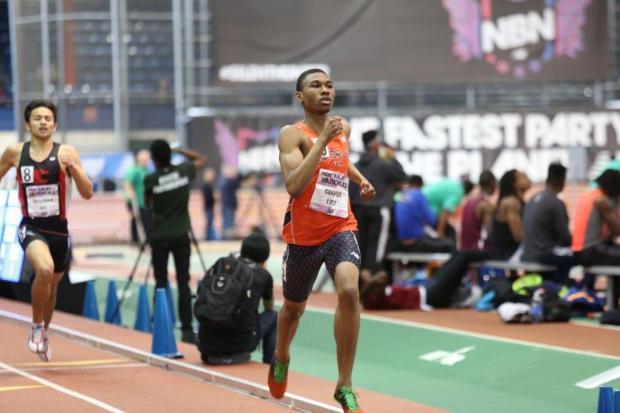 And yet, Cooper, a two-time state champion over the indoor and outdoor season, is realistic. Will he break the indoor high school national record in the 800m after converting on the No. 2 all-time best and U.S. No. 1 the previous week at the University of Kentucky?

"We don't think we'll break the national record on that track," said Motor City Track Club co-coach Brandon Jiles of the Aquinas College indoor track in Grand Rapids. "If we can get 1:51-low or 1:50, it would probably be a good sign going into nationals that we could run 1:49-low or better. It's one of those things, we want to take the steps to run faster."

A year ago, Cooper earned the MITS 800m title in 1:54.47 before he went on to cut four seconds off the time at New Balance Nationals Indoor, where he finished third in 1:50.97. A year of experience should prove to boost Cooper even more at his third appearance in the national meet.

But Cooper -- who hasn't signed with a college program but is considering Arkansas, LSU, and Kentucky -- isn't looking ahead just yet. In fact, that's the main reason he didn't sign in November during the early National Letter of Intent period.

It allowed Cooper to become more focused in both school and on the track, Jiles said.

At the MITS Championship, he'll anchor the team's 4x800m and collaborate with Motor City's 4x400 and sprint medley relay team -- one that Jiles hopes can break Chantilly (VA) High's national record of 3:24.02, which was done last year at New Balance Nationals Indoor.

"He has a lot more on his plate," Jiles said.

Cooper knows he must spread the wealth for success with Motor City. But that doesn't mean he can't keep a focus on his main event, either. It's a race he wants to continue to test himself in going forward.

"I think it might be a little harder because the track is slower, but I know if I run faster, I can still run that time," he said.

The state championships also begin a final run for Cooper, who started his career on the track with another program before he transferred to Oak Park and began running for Motor City Track, a club that was established in 1965 and has produced numerous Olympians.

While it took hard work for Cooper to realize his talent, he traces that first step to his brother, who continues to help him understand his potential.

"He had to work so hard to get where he did," Cooper said. "He would get up in the morning and run, and he would convince me to do the same. He was a role model for me."

His PRs in his sophomore (1:52.06) and junior (1:49.71) seasons have come down ever so slightly as he's racked up championship wins in the AAU Junior Olympic Games (1:51.28), the MHSAA State Championships (1:51.68), and a runner-up performance at New Balance Nationals Outdoor. 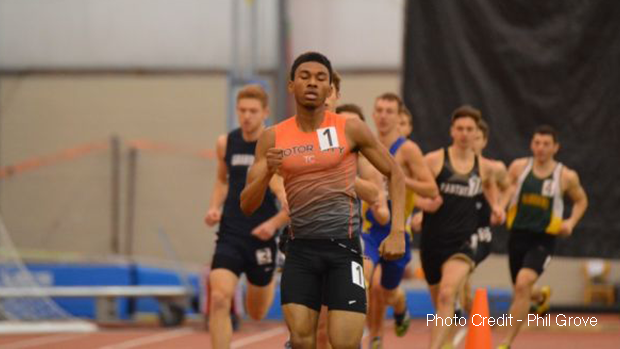 Yet, it's safe to say Cooper is hoping for an even bigger finish to his indoor senior season. He even thinks he could have run faster in Lexington, KY, during the UK Invitational.

"I think I ran pretty well, but I had some flaws," he said. "The last 400 needed to be a little faster if I want to go for the record."

"I think winning New Balance Nationals will take a national record," he said. "Brandon McGorty is running well, too, and he and Cameron raced well a couple times. [Cameron] might need to run 1:48 to win."