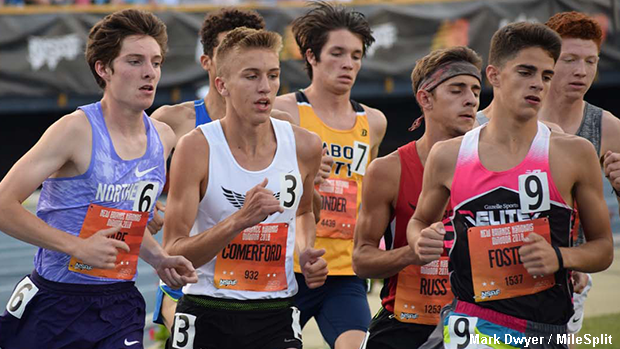 Nick Foster has capped off his tremendous outdoor season with a very prestigious honor.  The rising senior from Ann Arbor Pioneer has been named Michigan's Track & Field Gatorade Player of the Year.  Foster is this year's recipient due, in part, to the state title he earned in the 3200m event and his national championship in the 2 Mile race at New Balance Nationals last weekend in North Carolina.  He also won Michigan's Cross Country Gatorade Player of the Year following his stellar campaign this past fall.

MileSplit Michigan tracked down Nick for his reaction to being named the state's POY.

When I found out I won, I was pretty surprised because of how strong our state is in track and field.  It's an honor to receive this award and I hope to use it as motivation to keep working hard for next year.

View the official press release below: