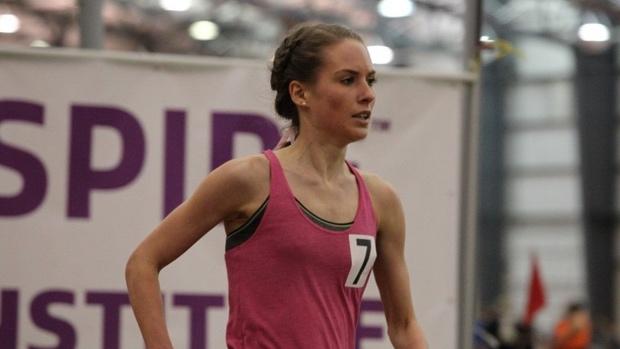 Because, really, who expects to cross the finish line in any race, look at the scoreboard, and realize a national-best performance?

But on Feb. 18, that's exactly what Farrell did in the 3200m at the Michigan Indoor Track Series' fourth meet at Grand Valley State University.

She crossed the line in a U.S. No. 1 time of 10:31.22, cutting 10 seconds off her previous best just six days earlier at the MileSplit Scholastic Showcase at Spire in Ohio.

"She's been dropping some 200s the last couple weeks to work on her finishing kick," Lakeview coach Becky Pryor said.

Now Farrell has her sights on one more breakthrough on Saturday at the MITS Indoor Championships at Aquinas College in the 1600m -- the championships only allow athletes to enter one race of their choosing.

She'll have to go against two quality competitors in Midland Dow's Anna Jensen (4:56.69) and Anne Arbor's Anne Forsyth (4:55.18), who each own top seven times in the nation.

But to get there, Farrell has a plan.

Maggie Farrell Determined the Best Races Are Ahead of Her

"I kind of found myself in the 1600m kind of falling behind the lead girls and not really going at my own pace," Farrell said of her background in the race this winter. "That's held me back, so my goal for this weekend is to just race my own race and get out there and do it on my own terms.

That strategy could mean Farrell, not to mention Jensen and Forsyth, inching closer toward the Michigan record books.

To get there, however, Farrell will certainly have to get outside her comfort zone.

While Jensen and Forsyth have the closing speed to knock off sub-70-second quarter miles to finish, Farrell admits she's a little behind in that category and needs to do something to challenge the leaders from the beginning.

"Going out faster is exciting if less comfortable," Farrell said. "But most good things happen outside your comfort zone."

Pryor certainly agrees, too. She's collaborated with Farrell over the winter to see what kind of work she's been doing to ready herself for meets. The senior works with a personal coach and her father while Pryor keeps an eye on her training -- so that when the outdoor season comes, Pryor will have a better idea of how to get the most out of Farrell. 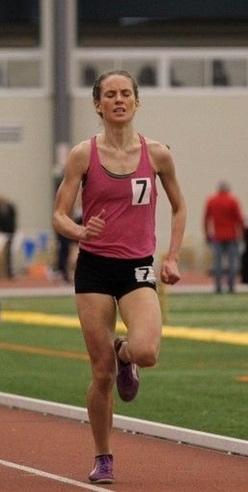 "There have been a few things she's doing," Pryor said. "But one of the things with those 200s is trying to keep her heart rate at a specific level, and she's been working on that a little more to gauge her recovery."

Pryor believes Farrell will need to make a move early if she wants to contend for the win on Saturday at the final MITS race of the season.

"She has to be the aggressive one," Pryor said. "Otherwise, (Jensen) and (Forsyth) will out kick her. She's learning more on strategy and finding out what works best."

Regardless of how it turns out, though, Farrell will have learned something about herself. And that's important, she says, considering she's moving on to New Balance Nationals Indoor on March 10-12 in the 3200m.

"It's exciting because there's potential to improve," Farrell said. "It's also kind of daring, because you're not comfortable anymore just sitting behind someone.

And by doing so, Farrell might have another windfall.