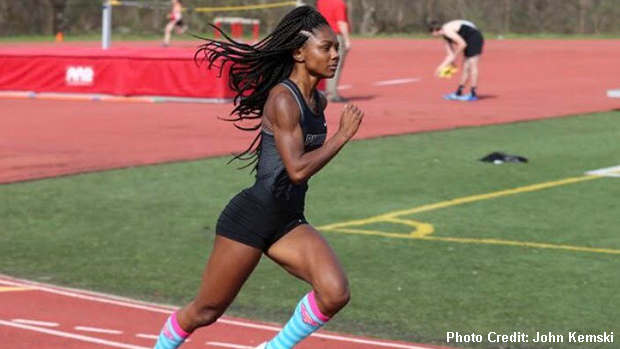 Ryen Draper was a four year member of the varsity track squad at Plymouth High School and a team captain during her junior and senior years.  Early in her high school career, she competed in the 100m, 200m and relays and during her junior year, she moved up to the 400m which would end up being her signature event.  She worked diligently in her transition from a 100m / 200m athlete to a 200m / 400m specialist.  Draper qualified for State's all four years of high school and she hit her stride during her senior campaign when she broke school records in the 200m (24.38) and the 400m (54.97) in addition to being in the mix in both events at the State Championship.  She made it to the finals in the 200m and she claimed the runner-up position in the 400m.  Some of her proudest achievements are her school records, her various venue records and eclipsing the 55 second barrier in the 400m.

Draper, who was a 2017 graduate of Plymouth, spoke with MileSplit Michigan about her high school career, her transition to the college ranks at Bowling Green State University (OH) and her future goals.

How has your freshman year at Bowling Green gone thus far?  Have your results been consistent with what your expectations were prior to the start of the season?

So far, my freshman year at Bowling Green has been pretty good.  It is definitely a learning experience on the track.  A major gain from running collegiately is the consistency that comes from a college program.  Due to this, I had a very successful indoor season where I broke the Bowling Green 300m record with a time of 39.88.  Additionally, I qualified for the MAC Championships and I made it to finals in the 400m and stood on the podium for the 4x400m relay.  I have set some pretty lofty goals for myself this year in both the 200m and the 400m and I remain optimistic in my training and my preparation for the remainder of the season.

What are you hoping to accomplish during the remainder of the season and, in general, what are you looking to get out of your track career at Bowling Green?

For the rest of the year, I hope to qualify for the MAC Outdoor Championships in both the 200m and 400m and make it to finals in both events.  I also hope to stay healthy.  Regarding my career in general, I hope to continue to qualify for MAC Indoor and Outdoor Championships.  I also want to leave my mark at BGSU, meaning breaking records, both indoor and outdoor.  Finally, I would like for Bowling Green to remain high in the rankings and progressively get better as a team and as a program.  My main goal for my career is to make it to the National Championship. 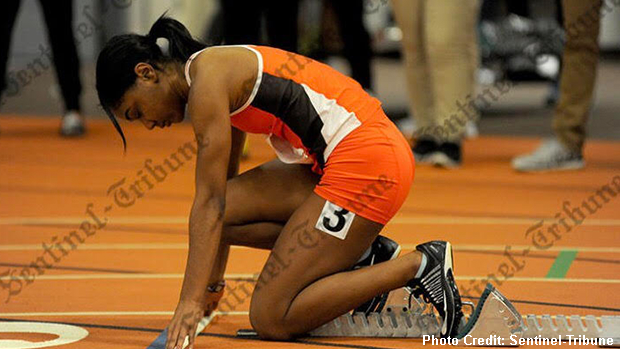 Ryen Draper credits her teammates at Bowling Green for helping her to evolve as a sprinter.

How has the transition gone for you in moving out of state and competing against higher caliber athletes in college?  Have you encountered any struggles this season?  What is the best part about competing for your college team?

The transition for me has been pretty smooth, as far as me moving out of state.  I am not too far from home, but I have enough distance between the two.  In terms of competing, there is definitely a difference compared to high school.  At the collegiate level, you compete against many great athletes from not just America, but other countries as well.  It teaches you a lot because in high school, there was always those few people dominating the state for the majority of their high school careers.  However, when you get to college, it's a whole new ballgame.  Everyone is here because they want to be and everyone is fighting for the same thing and that is to make it to the big stage.  I went from being the top runner at my school to having to fight every day at practice to prove that I belong on the team just as much as any other athlete.  I think that is my biggest struggle.  I was used to always winning and being the fastest on the team, but it's not like that anymore.  This struggle has taught me the value of hard work and to give all my effort because I don't want to be remembered as mediocre.  In order for me to achieve my goals, I have to go out and get it every day.  So, I treat every practice the same, meaning I give it all my all, whether that's lifting or running. The best part about competing for my team is the environment.  I love training and I enjoy going to practice because our program as a whole is just like a family.  Even though at practice we are going against each other and trying to earn spots, everyone cheers everyone on and encourages and motivates each other.  We only bring positive and good vibes and it's honestly a blessing to be a part of something like that because I believe it plays a huge role in the success of all the athletes, not just me.