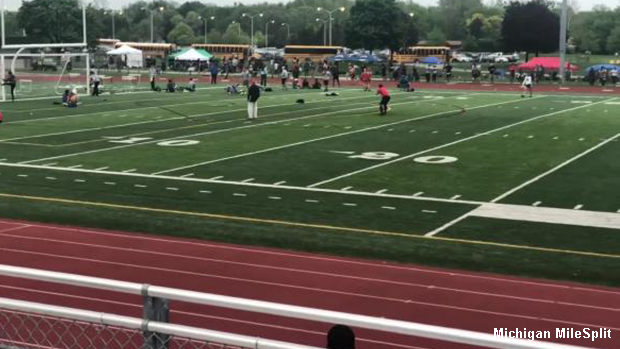 High level track and field performances were demonstrated at the recent MHSAA Region Meet, which as hosted by Plymouth.

Victoria Faber of Canton claimed the pole vault win due to her vault of 11-9 and Plymouth's Paige Sanders won the long jump competition by jumping 18-4.5.

Rothus Stewart jumped 6-7 to take the high jump win.  This is a Michigan tie for No. 5 result for the Westland John Glenn senior.

Salem's Alex Howie won the shot put competition due to his Michigan No. 16 throw of 52-6.5 and teammate, Sharriff Dyer placed first in the 300m hurdles race with his time of 38.61.  This is the fourth best time posted in Michigan this season.

Check out some featured races below: