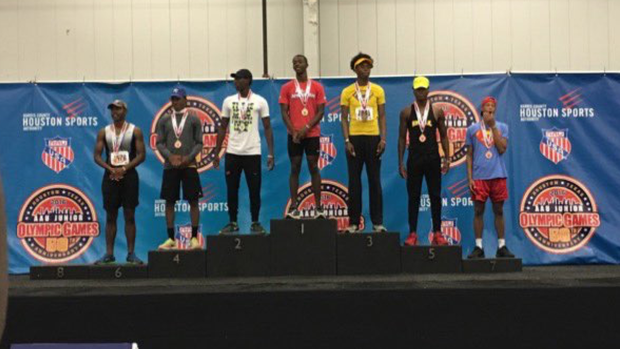 "My Goal was to reach 51 feet at least. It was more than attainable considering how I have been jumping all this year and the technique I had recently acquired. I didn't come for a place, but a mark."

With goals set high, it was going to be a monumental task for the Detroit athlete, who has been dealing with a nagging case of plantar fasciitis.

"I was hindered. Now that's not making an excuse or anything, but it was painful the entire competition and I 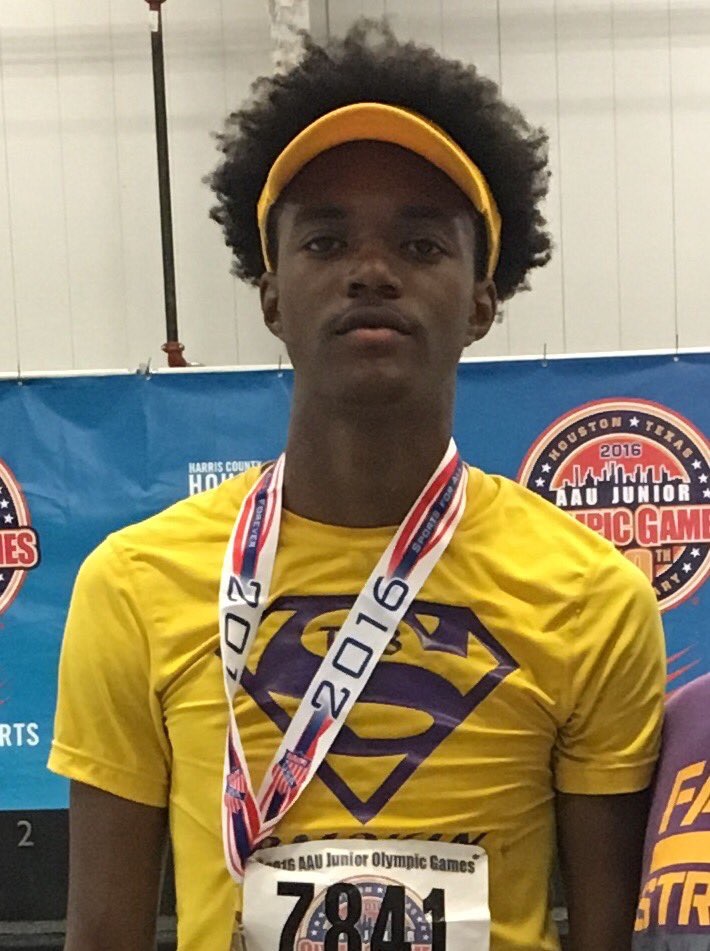 couldn't get the bounce I was very capable of giving off my jump phase into the pit."

Not only did Griffith have to work on maintaining his focus through the pain, but this kind of injury in a jumping event meant he had to make adjustments to his approach by "Moving about a foot back on my runway approach to gain more speed on the board. It helped somewhat because my phases were at a considerably peak length, but you can't get any real bounce off the last phase into the pit. Then it almost voids the rest".

Far from ideal to be dealing with injury and making last minute adjustments leading into a big event, but quitting was never an option for Griffith who finds his motivation

"My mother. It's always been my mother. She was my number one fan and motivator before her passing in 2012. Every time I had a setback during a season, of course like any athlete I thought about just giving it up or just not coming back. The thought of her is what makes my will what it is. I've been doing track & field for 10 years now and this was my 11th AAU Junior Olympics. 5 of those were done with injuries and times where I was down and mainly without her. But like I said, just the thought of her and her determination kept me in this and will continue to."

At Humble ISD stadium on Monday, Griffith opened up with a solid 47-02.5 jump. He followed that with a wind legal 49-01.5 on his second attempt, which set him up for an even bigger mark. "My last jump in the series always ends up being my best, so I knew there was much more in the tank regardless of the pain in my heel. I felt like that 49-01 at the moment was only a precursor". Sure enough, he kept his momentum going through the middle of the series and then finished the competition with yet another 49 footer. Extending his Michigan triple jump state record to a wind legal 49-05.75.

What does it mean to Isaiah Griffith to end his senior year with a 49-05.5 state record?

"Technically it achieves the feat of 8 state records in 8 months, which I had planned due to breaking the indoor state record 4 times and now 4 times outdoor. I jumped 49-07 at the national qualifier on July 2nd, but no one got a wind gauge even though I repeatedly asked for one prior to the meet because I knew how I would jump. But no one cared about getting a wind gauge for the triple jump. So to me it means this just added to the way I formed the face of the entire event of the triple jump in Michigan."

The future is bright for the best triple jumper in Michigan history. He will continue his education, and track & field career at the University of Nebraska. There is no doubt we will hear plenty from Griffith in the future. He has no plans on slowing down once he begins his college career.