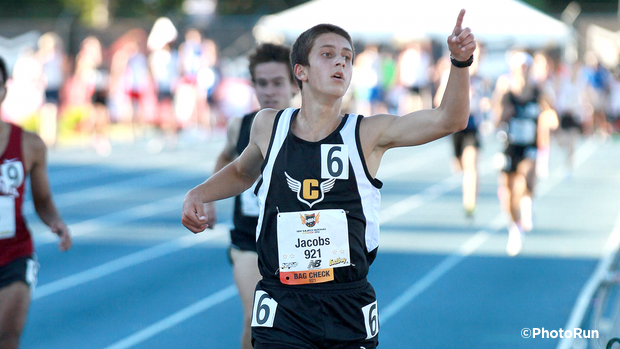 2015 was a very competitive year for Michigan cross country. What were your favorite moments from last season?

My favorite moment of xc in 2015 would be when my teammate Blake Watson came back from injury and we won the Greater Lansing Championships that day.  Breaking 15 at Portage would be my favorite individual memory.

Moving into the indoor and outdoor track seasons, you took a lot of time off your previous PRs, what was the biggest difference make for your track training?

The biggest difference would have been trusting my training and just going for it.  The time drop was because I went all out and ran it on my own when the year before I was running to win and the races did not go out as fast.  My mileage had increased and my intervals had their intensity raised.

You dominated Michigan distance running during the 2016 track season, how important was it to prove yourself on the national stage in the New Balance Outdoor 2 Mile, and what does that national title mean to you?

Going into the summer, has your pre season training changed at all building up to your final year of high school XC?

My training has remained the same but just with higher mileage.  Currently I am running above 75 miles a week.

What's the hardest workout you have ever done?

What are your favorite and least favorite XC courses, and why?

Which runners do you view as role models?

My role models that are runners would be Bernard Lagat, Lopez Lomong, my coach Bryan Heid, my former teammate Blake Watson, and Matthew Centrowitz. 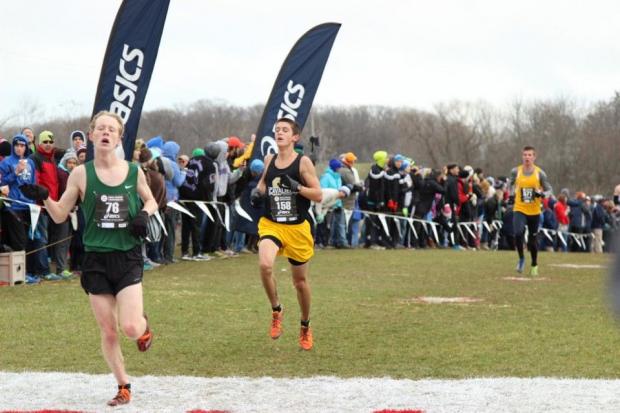 Looking further ahead in the season, 14 out of the top 20 at Foot Locker Midwest last year have graduated, but there are a lot of strong juniors returning. What do you need to improve from your race last year to break into the top 10 in 2016?

I believe that I just need to stay healthy and have a good clean start and put myself into a position to qualify.  Last year I had a poor start and got boxed in and never gave myself a shot at running for that top 10 spot.

Who are some of the people who have helped support you through your running career?

My parents and coaches big time.  My friends and family have been crucial in my success.  My teammates are big time in pushing me and giving everything that they have to help me so I give everything that I have to help them.  Blake Watson has been my most helpful teammate, my coaches Jason Beldyga and Bryan Heid have been monumental, my parents Gary and Diane Jacobs have supported me and driven me places, bought running gear and helped me with what I needed and my brother Ben Jacobs has pushed me to an extreme as well (watch out for him this year as well).

Toughest Michigan athlete to compete against?

Happy Birthday @morg_bead ! You are an awesome competitor and an even better kid! Excited for Saturday! pic.twitter.com/BFazaVlfBv

Olympic event you are most excited to watch?

Half tights or short shorts?