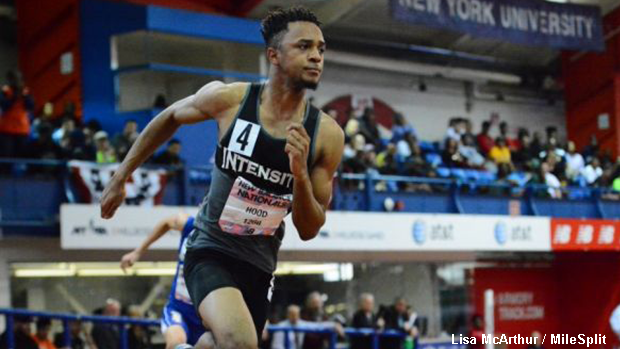 Montel Hood enjoyed success in events ranging from the 60m to the 800m during his exceptional high school track career at Wayne Memorial.  The 2016 graduate won the MITS State Championship in the 400m race during his senior year with his time of 49.92 and he went on to claim fourth place in the same event at New Balance Nationals Indoor, where he set his indoor pr of 47.99.  Later that year, Hood won the MHSAA State Championship in the 400 with his 47.30 clocking and he finished third at New Balance Nationals Outdoor in 46.66.  He set his outdoor pr of 46.29 at the 2016 Midwest Meet of Champions in Delaware, Ohio.  Following high school, Hood began competing for South Plains College in Levelland, Texas, where he has continued to post impressive results.

MileSplit Michigan had an opportunity to speak with Montel about his high school accomplishments and how his college experience is unfolding.

What was your high school career like and tell us about yourself as an athlete.

Some might say that my high school career was something to see because of the way I that I progressed over my four years.  I remember my first time going to State's, back when I thought it was a huge accomplishment, which it still is, but not as big as what was to come for me.  My second year of high school, the coach that introduced me to my main event (the 400m) left and I met a coach that I knew from the first time we spoke that I would grow with.  His name was Jamal Johnson - this coach opened my eyes to a whole new part of track.  Toward the end of my sophomore year, I went from running 50 seconds to running 48 seconds.  'Coach J' also helped me to realize how big track was when I attended New Balance Nationals Indoor in New York and that year, after training with him, it made me understand how serious I wanted to take track.  From that point on, even with the twists and turns of an athlete, there was nothing but progress.  My senior year, my mind was set on a big goal and that was to get the state record for Michigan. When I did so, I knew that I wanted more and that was not it for me.

Describe what your experience has been like at South Plains College.

At South Plains College, we won a National Title which I obtained a championship ring from.  Another major accomplishment would be that I've added many honest and true people to my life.  The only thing I miss about high school would be my younger sister, Anavia - we were the dynamic duo!  The things that I enjoy about competing in college would be the high level of competition and the enhanced opportunity to focus on athletics. Those are two things that keep me stable because without competition, how would one get better and without focus one would be running backwards.  I do miss home, as I can feel very disconnected due to being so far away.  I've enjoyed this interview, though, as it has given me a chance to reflect on my high school days. 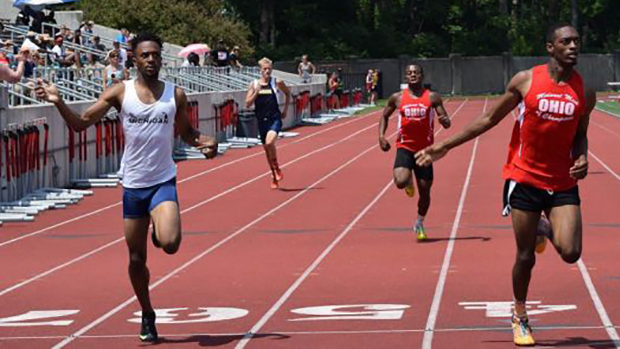 After learning about what an impact Coach Johnson had on Montel's development as an athlete, MileSplit Michigan tracked him down to gain his perspective on Hood.

Montel is a special athlete that I was fortunate to coach.  He was one of my first athletes during my first coaching job.  Unbelievably, when I met him for the first time, he told me that he wanted to be the best ever.  He was a very raw sophomore, who had run 50.3 as a freshman.  Montel committed to me over the next two years and he made his dream a reality.  He's the most goal-oriented, hard-working athlete that I've ever met.  It took every bit of him to break a 26 year old state record, but he made it look easy.  I'm excited for his future and I know that he will be able to accomplish anything that he truly wants.