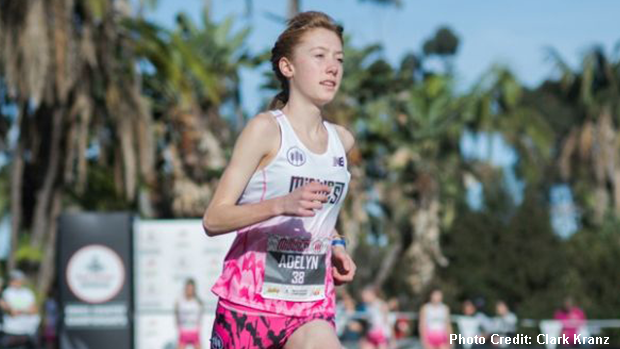 Impressive track and field performances were demonstrated by the athletes competing at the West Michigan Conference Championship this past Tuesday in Montague.

In boys action, Logan Wells collected a pair of event wins.  The Hart senior posted times of 23.07 and 51.68 to secure the 200m and 400m victories.  Hart dominated the team relays, as they took a trio of first place finishes.  Their times were:

Throwers Sam Shugars and Evan Eilers capitalized on home field advantage as the Montague athletes claimed wins in the discus and shot put events.  Shugars executed a toss of 125-4 for the discus triumph and Eilers finished first in the shot put due to his throw of 45-11.

On the girls side, distance stand-out Adelyn Ackley won the 800m and 3200m races with her times of 2:22.15 and 10:57.57, respectively.  Ackley, who is a Foot Locker Nationals veteran, is ranked third in Michigan in the 3200m event from a previous result this season (10:13.37 at the Shepherd Blue Jay Invite).  Andee Kimes made her presence known in the sprints contests, as the junior from Mason County Central won the 100, 200 and 400.  Her times were:

Whitehall's Brianna Copley won the shot put and discus events due to her throws of 42-4.5 and 119-10 and in the relays, the host squads from Montague captured the 4x100 and 4x200 wins.  Their results were: