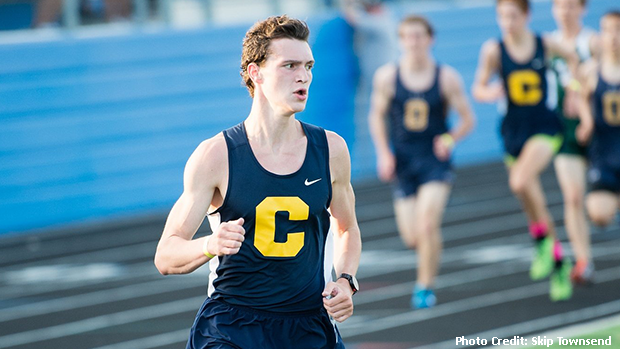 Shawn Slater opened his senior year indoor season earlier this month in Ypsilanti at the MITS - EMU Meet #1 with a second place finish in the 3200m event. Slater, who attends Clarkston, was just short of breaking 10 minutes - his official result was 10:00.90 which trailed race winner Brandon Boyd, who recorded a time of 9:58.80.

Slater is coming off a breakout cross country campaign where he established a new pr of 15:42.70 and took five top 5 finishes.  The Oakland University commit also gained valuable experience by competing at big meets such as the DI MHSAA State Championships and the Foot Locker Midwest Regional.

MileSplit had an opportunity to talk to Shawn about his opener and what he intends to accomplish moving forward this season.

How did the 3200 at EMU unfold for you? Did you meet the expectations that you had placed upon yourself for that race and how closely did you execute your pre-meet plan?

It was an interesting race, as we had two athletes running shorter races who were leading us off. One was running a 400 and the other an 800 - the fast pace that they established threw most of the rest of us off. The top group in the actual 3200 found their rhythm by about the fifth lap.

I didn't have a detailed plan going in, as it was my first race of the season and I just wanted to see where I was at and what I need to improve upon. Looking back, I wish that I had done better but knowing it's only December and only having about a week of specific training under my belt, I feel like it was a decent benchmark to start my season.

What are your goals for the indoor season? What events will you be prioritizing and what times / placements do you hope to achieve?

My main goal is to make it to nationals in an individual event, whether it be the 1600 or the 5K. I'd also like to become a more well-rounded runner. Being strong in a singular event is one thing, but excelling at three or four events is what separates good athletes from elite athletes.

What will your training look like over the next few months in order to achieve those lofty goals that you have set for yourself?

I've always been a believer in smart training as opposed to more training. I have never gone over 50 miles per week since I started running and I intend to continue with that trend throughout the indoor season.

I intend to put a big focus on cross training, like push-ups, sit-ups and stretching to help me reach the next level. I feel like anyone can run more, but if you don't treat your body right - it will begin to break down. I will run between 35 and 40 miles a week and add more tempo efforts to my planning.  I want to be more used to running in an uncomfortable state. 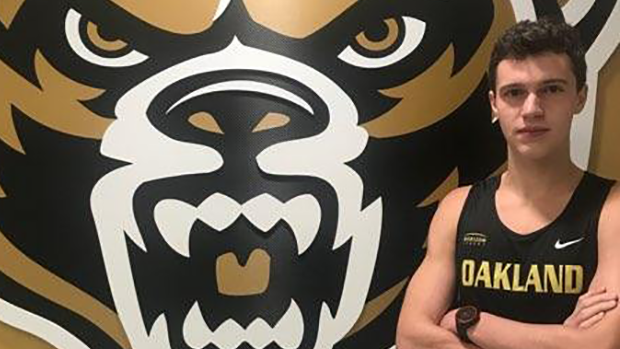