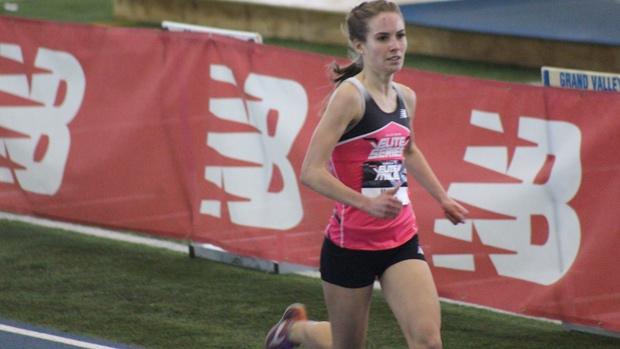 The upward trajectory for Battle Creek Lakeview High senior Maggie Farrell began in the fall of 2015, when the distance runner wasn't content with a PR of 18:58.50 in the 5K during the cross country season.

She felt she could do better.

"She knew she progressed, but she wasn't totally excited yet," Lakeview girls track and field coach Becky Pryor said. "She wanted to figure out how to rework things."

That end-of-season determination set off a work ethic that would drive Farrell, a Michigan State University signee, through her indoor and outdoor seasons, when she went from 5:20.37 in the 1600m run in 2015 to 4:59.23 through the end of the 2016 season.

This indoor season, Farrell ran a time of 4:57.49 in the 1-mile run on Jan. 7 at a Michigan Indoor Track Series meet at Grand Valley State University and then followed by going 4:58.46 on Jan. 28 at the University of Michigan in the 1600m.

That marked a 13-second improvement from just a season ago.

"She still wants to see how fast she can go," Pryor said.

Farrell still felt she let the race get away from her.

"She said she went out a little too slow and let the race take her," Pryor said. "She knows she has to run her own race and not let people dictate the tempo."

Over the past year Pryor said she has been working with Farrell on keeping her arm movement more consistent throughout races. 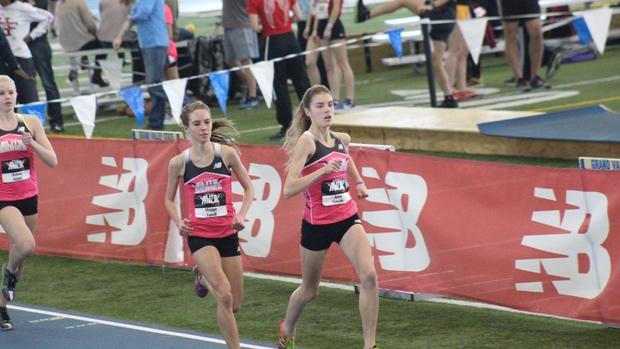 "Even when she's tired, she's constantly thinking of things she needs to do," Pryor said.

Overall, training has changed, too. Farrell is running more miles and adding increasingly longer runs. That's been the staple of her improvement, Pryor said.

So was the fact that Farrell was dead set on running for a Division I program.

"She was willing to do whatever it required to get to that point," Pryor said. "She worked so hard."

Pryor said Farrell has set her priorities on finishing the indoor season by hitting goals in the 2-mile run, which is to say she's trying to slash considerable time off her 10:55.95 in the 3200m -- a time she accomplished more than a year ago at an indoor meet at the University of Michigan.

Pryor says Farrell will compete in an elite 2-mile field at Grand Valley University on Feb. 11. Then she'll follow with the Michigan Indoor Track Series championships at Aquinas College at the end of the month.

By then, Pryor said, Farrell will hope to cut even more time off her 1600m time.

"She's excited to see some of those times she has in her head," Pryor said, "Some she may or may not tell people, and some that are far reaching."