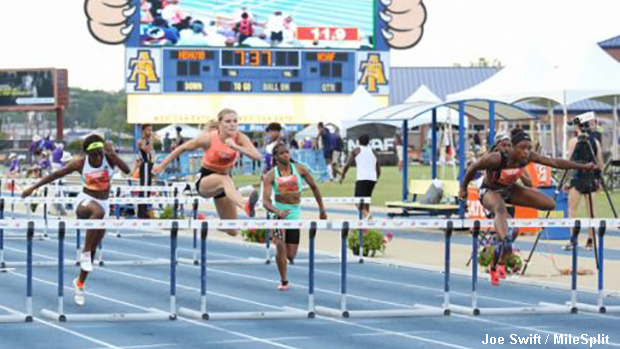 Grace Stark has been named Michigan's Track & Field Gatorade Player of the Year.  The White Lake Lakeland rising senior wrapped up her exceptional outdoor season last weekend at New Balance Nationals, where she claimed the 100m hurdles victory against an elite field of competitors due to her 13.24 effort.  Her national championship win complements the 100m and 100mH state titles she earned earlier this month in Kentwood, as well as her third place showing in the 100m finals at NBNO.

MileSplit Michigan contacted Grace to hear her reaction to the news.

I was so honored to even be considered for the Gatorade Player of the Year award and then to actually win it when considering all of the strong candidates there are - it is a great achievement!

Read the official press release below: