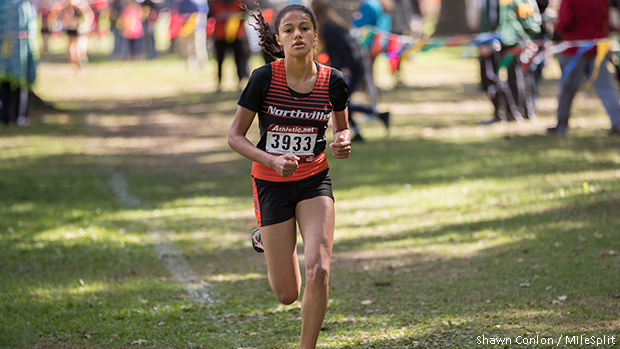 The Northville sophomore went 17:59.37 and put an eight second gap on runner-up, Lauren Kiley of Plymouth.  This was Mansi's sixth victory of the 2018 campaign and her ninth top 5 finish in ten starts.  She is ranked ninth in the state (overall) and twenty-eighth nation-wide among 2021 grads due to her 17:52.90 clocking at the A2 Coaching Legends Classic.

Along with securing the individual triumph, Mansi guided her squad to the team title.  Northville posted 31 points and their scorers averaged an impressive 18:34 finishing time.  They had a 1-5 split of 1:12.

Way to go Mustangs. Now time to focus and get ready for the next part of the season. pic.twitter.com/E42BRkrQQF