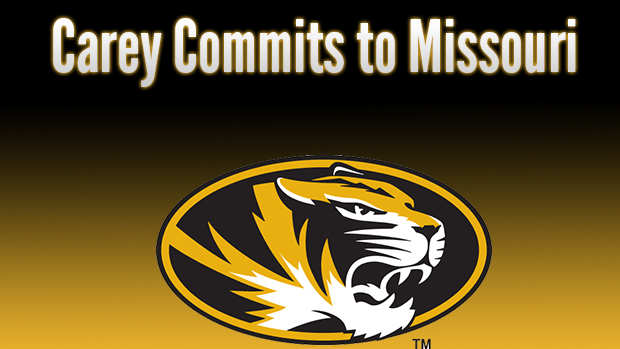 It didn't take long for Lake Orion senior TJ Carey to realize that the University of Missouri was the school for him. "I was planning on taking a few visits, but as soon as I took my official to Mizzou I knew that was the place I wanted to be for the next part of my career. After a lunch with my dad and Coach Ford we decided not to take any more visits and commit to Missouri."  All signs pointed to Columbia for Carey, who says there were many reasons for his quick decision. "I chose Missouri for several reasons. First off, I felt most comfortable with Coach (Joe) Lynn and my future teammates."  There he will join the likes of Heritage HS grad Evan Chiplock and Hartland grad Ian McGuinn. Coach Lynn just finished his first year at Missouri after spending five seasons at Division II powerhouse, Grand Valley State. Lynn led the Tigers to a strong season including breaking into the national rankings for the first time in 12 years. "During this search process I was looking for a young and hungry team with a lot of talent. Missouri fit that bill perfectly and that is the primary reason I chose the school." Carey is coming off an impressive season himself.  He capped off his senior cross country campaign with a third place finish at the Nike Cross Nationals Midwest Regional after a second place finish at the Michigan State XC Championships. "They made it clear I was the guy they wanted and I would have the opportunity to compete right away. I'm looking forward to the greater intensity of training. I am mostly excited to get better, reach my full potential, and win some trophies with my teammates down in Columbia." 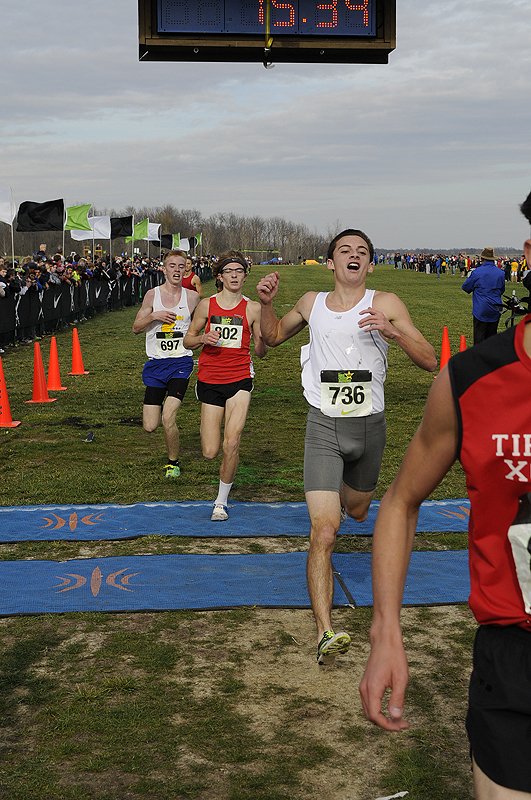 Now that the recruiting process is behind him, Carey is looking ahead. "Deciding on a school was a huge stress reliever for me. I had a sense of urgency about picking a school. Now that I have decided, it takes some of the weight off my shoulders, but at the same time I feel an added pressure to perform well, to not only represent myself and Lake Orion well, but the University of Missouri, as well." Last year, Carey played an integral part of Lake Orion's state championship team, the first for Coach Ford in 31 years of coaching. He finished fifth last year at the state track meet in 3200 meters, but has his eyes set on bigger goals for his last season at Lake Orion. "My goals for this season are to win an individual championship in the 3200m and break the 9 minute barrier."  Currently, you could find TJ working towards that goal. "Right now, training is going great. I'm just doing some mileage, and getting in the weight room.  I'm just trying to get some more endurance and be overall stronger for this upcoming season."   As the indoor season heats up, Carey will stay focused on goals for the spring. "I will do a few more indoor meets, but nothing extreme. I'm not trying to go out there and break any records yet, just getting my feet on the ground for outdoor." As Carey begins to look ahead at his time at the University of Missouri, he also spent time looking back at the people who got him to this point. "I never would have gotten to this point if it wasn't for Coach Ford and my parents. Coach Ford really molded me as a runner and as a person. Having a state championship coach really helps; he has earned every bit of it. I just ran the times for him."