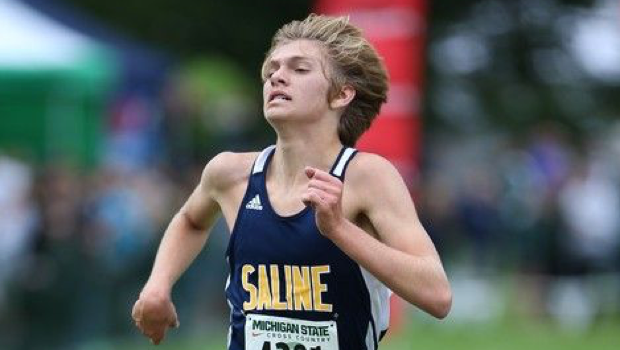 Today we profile the Saline Boys, a team that collected their second consecutive Distance Medley Relay National Title this spring. They also get it done on the cross country course having finished in the top six over the last five seasons. With the graduation of their top two runners who both finished within the top 11 a solid group of returners look to step up to replace those spots. We talk with Coach Spina on what makes Saline successful and how this team is looking as we enter the season. 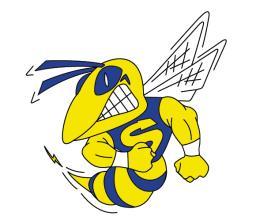 Your team has unprecedented success on the track - what’s the key to having successful relays?

When it comes to the DMR, our success there has a lot to do with having the right pieces ready and being able to put each piece where he is most suited. If a kid is very good at the 800, we don’t want to have to move him into the 1200 and then use our next-best 800 runner in the 800 leg of the DMR.When it comes to the 4x800, I think that we do two things very well. First and probably most important, the kids buy into the team idea in general and that event specifically. Every single one of our distance boys would give anything to be on that 4x800. They want to be part of it, they want to make their mark, and they are willing to give up whatever it takes so that Saline can field the best possible 4x800.I’d also say that another key is that, beginning in November, we invest a lot of time and effort into teaching that race. In dual meets, invites, and workouts, we regularly set up and break down scenarios and situations that the athletes might encounter in the big races. We watch film of past

Michigan state meets and 4x800’s from other states. When the Regional meet rolls around, I want the boys to be able to coach the event themselves. What was the most memorable moment from this track season?

This past year has been pretty amazing, so picking just one moment is impossible, but I will say that the day of the state meet was very special. The boys were having so much fun with each race. They just kept running well, and on the infield between races they were laughing, enjoying the efforts, just having fun with their own performances and their teammates’ performances. They were firing on all 8 cylinders all day long and they knew it. It wasn’t swagger, ego, or bravado. They were just running fast and loving it. It was very cool to be able to share in that and I will hold on to that day for a very long time.

Moving to this fall, what are the goals for the season?

Our number one goal has been, for about a decade now, just to be great teammates. What that means varies slightly each year and the team leaders define what it means, but this year it mostly centers on caring for each other, holding each other accountable, taking care of the small details, and always thinking about how those details fit into the larger picture of the championship series - Conference, Regional, and State.Of course we want to do well in those championship races, but we don’t put down numbers or places for awhile. We believe that when we focus on the process and each other, we create a great team environment and have quality training. Success in running and racing is a byproduct of those things.

What meets will the Saline boys be keying on this season outside of the state meet?

The Spartan Invite is a big deal for us. That one is circled on the calendar for sure. The race has so much in common with the field at the MHSAA state championships and I believe that being able to race in that field is important. Plus, a lot of our alumni make it out to that race to support the boys so we try to make an afternoon of it.The conference meets are also important to us, particularly the reserve races. We hang our hat on the depth of the program, and the reserve races at the conference are a good test for those second, third, and fourth string kids.

With such a great senior class graduating this past year, who do you foresee stepping up?

We have about ten different guys that were not quite ready last year, but they have put in the work and made some nice progress this spring and summer. Any of those ten could fill our five spots created by graduation and I think we will see a lot of different faces in that lineup throughout the fall. Two kids in particular, Neil Garg and Anthony Dekraker have shown a lot of progress. The past nine months have gone very well for both and I think they will be big parts of our success this fall even though it might not look like it based on what they did last year. We have also picked up two very good senior athletes from the soccer team that might be able to score points for us this year. With soccer cuts coming up, we are hoping to pick up a few more kids from that program and help those boys to find a place and maybe make lemonade out of lemons.

Obviously the biggest name in that graduating class was Logan Wetzel. How did having a running on that national level shape the team now?

He is a national-caliber runner, but his teammates don’t talk about how fast he is. When our current runners talk about Logan, they talk about how he’s their friend, how he made them feel like part of the team, how he supports them, his fun-loving nature and how they admire his humbleness. He has no ego about what he has done as a runner, but he puts immense effort and thought into serving his team. He’s an incredible example of that “be a great teammate” goal and that is his largest, longest-lasting, and most important impact.Logan has shaped me as a coach because, even as a 4:04 miler, I know that the thing he values most about his high school experience is the relationship he has with his teammates. He reminds me of the core responsibilities of being a high school coach.

How would you describe your team for the fall - is it more pack focused? What are the team’s strengths? Weaknesses (if any)?

This year, we have more guys with long, healthy training histories than last year. In track, we had a few guys piece together some important confidence components and I feel like we start this fall with more kids ready to go than we did in 2014. Many are not proven at 5k, but they show up in early August with all of the tools they need already in place. I’d also say that this group has a bit of a chip on their shoulders. They feel like they have something to prove, and that may be their greatest strength.Our obvious weakness is a lack of front-runners. Having Wetzel and Hall up front gave us a lot of room for error in the 3-4-5 spots.

We will need all of our top seven to race well in the races that really matter. What does summer training look like for the Saline Boys?

The coaches meet with the boys four days a week and we hit the basics a few times in each two-week cycle; Long run, hills, VO2Max, and regular 6 to 8 mile runs. We stay closer to "speed" than most teams might, but I see the value in it. We also include strength training focused on preventing injury, muscle recruitment, and strength development. We’ve received a lot of help from the folks at “The Running Institute” in designing a strength program specific to high school distance runners. On the weekends the boys get together without the coaches. I rely on our captains and other team leaders to make those runs happen. I also expect the team leaders to organize camp and team events like waterpolo and trips to the movies. We often say that being a team leader is so much more than just counting stretches and the leaders are constantly pushed to make things happen and to make them happen well. I want them to know the work that goes into making a team operate, to realize their own ability to impact the team, and I want our leaders to make the culture of the team reflect their own personalities. The summer time is a good time to coach them up on what it means to be a leader.

What are some staple workouts you guys rely on during the season?

I’m not very creative and I’m hyper-focused on demand/stimulus/response, so our training is very vanilla. My favorite workout any time of year would be sets of 3x400 at 3200m date pace. We have done that workout for quite awhile, so it is a very good indicator workout that is not incredibly demanding like a time trial. The boys like it because it’s not mentally demanding, but they get a huge stimulus across 25 to 40 minutes of quality running.