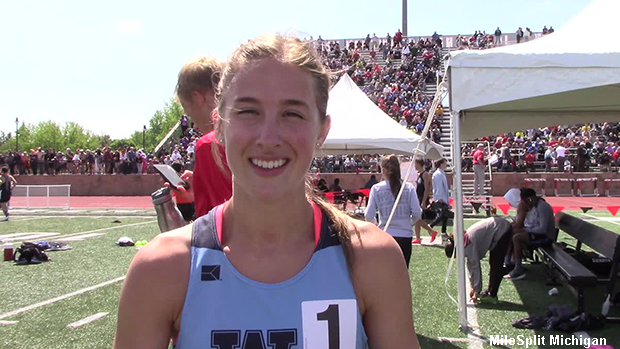 Waterford Mott's Katie Osika will compete in the 800m race.

The 2018 Midwest Meet of Champions will take place on Saturday at Michigan State University in East Lansing.  The MMOC is a seniors only meet that will feature top athletes from Michigan, Ohio and Indiana.  The squad is made up of three athletes in each event plus relays.

Last year, the men's and women's teams, who were led by stand-outs Khance Meyers and Anavia Battle, finished second to Team Ohio.