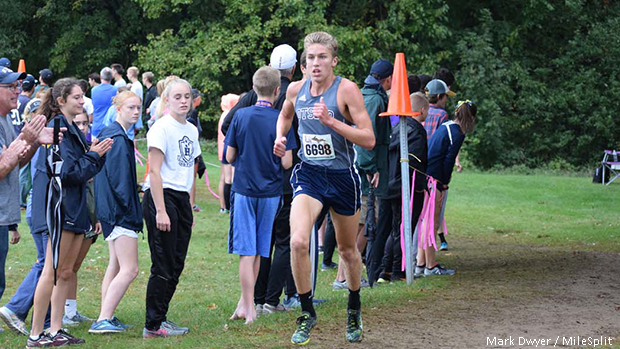 Alex Comerford will compete for Syracuse University next year.

Alex Comerford continued his outstanding campaign by earning an emphatic victory in the Division 2 race.  The senior from Otsego went 15:23.60 for a twelve second spread over second place finisher, Evan Bishop of East Grand Rapids.  Comerford has taken a dozen wins on the season and he's currently listed at No. 16 in the MileSplit 50 rankings.

Jaden Theis improved upon her sixth place finish from a year ago, as she secured the D2 individual title due to her 18:01.90 effort.  The Lansing Catholic junior has won six of the seven races that she's lined-up in this season.