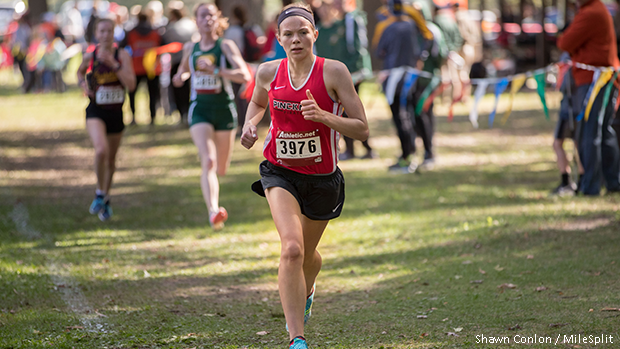 Noelle Adriaens of Pinckney will line-up for Team Michigan at the Mid-East Championships.

A collection of Michigan's top seniors will continue their post-season journey this weekend at the Mid-East Championships.  The annual affair which takes place in Kettering, Ohio will feature athletes from Michigan, Ohio, Indiana and Illinois who will vie for regional bragging rights on the challenging Indian Riffle Park 5K lay-out.  The predicted mix of rain and snow with high winds should add to the intrigue and make for true, old-fashioned cross country racing.

As expected, Team Michigan will be bringing a stellar squad over to the Buckeye State in hopes of repeating as boys champions and with the girls looking to move up in the standings from their third place effort during last year's gathering.

Athletes to watch include Yami Albrecht and Harrison Grzymkowski on the boys side and Madeline Rehm and Victoria Heiligenthal in the girls contest.  Caro's Albrecht is a three-time Division 3 State Champion and Grzymkowski of White Lake Lakeland is coming off a third place performance at the Division 1 State Championship.  White Lake Lakeland's Rehm was the fourth place finisher at D1 State's and Heiligenthal of Highland-Milford notched an outstanding time of 17:43.80 earlier this season.  With a good race, any of these four talented runners could take home the individual victory. 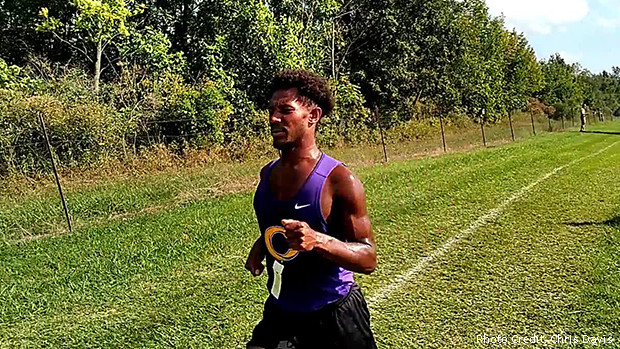 Team Michigan's representatives made themselves eligible to compete at this prestigious meet by acquiring top placements during last weekend's qualifying race at Shepherd.